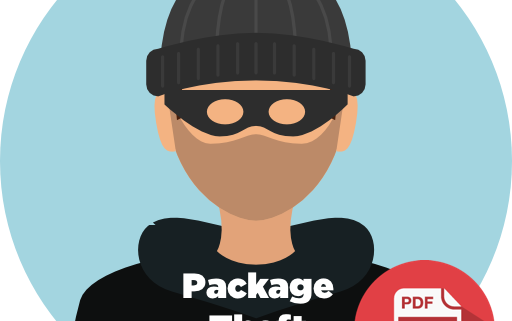 Everyone agrees: package theft is on the rise and while package theft statistics vary among sources, it’s something that impacts everyone. The Package Theft Statistics Report proves everyone needs to be concerned about the rise in theft as people  shift their buying behavior from brick-and-mortar to various ecommerce sites online, mobile commerce, social commerce and real-time commerce. Gone are the days of waiting weeks for your catalog purchase to arrives. Simply click and buy and it’s in front of your front door in days and soon within minutes.

A recent Package Theft Statistics Report was prepared the end of 2016  by August Home – a smart door lock company which looks to prove why you need a new sophisticated lock to let delivery companies into your home. Throughout 2017, several companies including Walmart and Amazon both announced plans to roll-out these smart doorlock solutions to allow their delivery people into your home with your order. While the statistics prove the need for greater security over package dl3iveries resulting in package theft, the approach InBin takes is different.

The InBin Parcel Box protects packages and provides enhanced security and delivery options through what we call a smart mailbox foir your packages. Changing your doorlock and providing access to possible strangers isn’t for most people. Most home owners are not prepared to let strangers into their home to deliver their package or groceries. The InBin solves this challenge outside the home – in front of your home’s front door.

Learn more about the InBin and package theft statistics after you read our report. Don’t be another statistic.

69% of package theft victims prefer a delivery service enter their home, via and app from wherever they are vs. leaving the package outside.

U.S. homeowners receive an average of 27 packages each year

Concern increases during the holidays. People know there are more packages delivered around the holidays and are more likely to steal them than at other times of the year

Victims spend close to $200 to replace each stolen package

Package theft during the holidays more frustrating; consumers are busier and don’t have time to replace stolen gifts

In 2016, the company August Home did a survey amongst U.S. homeowners, ages 18-74, who own or use smartphones. They looked at a balanced set of spread out across the US to accurately represent the U.S. home-owning population vs renters. The margin of error for the Package Theft Statistics Report is ±3.1%. Data was collected from September 2 – 12, 2016. Visit inbin.co for more information. 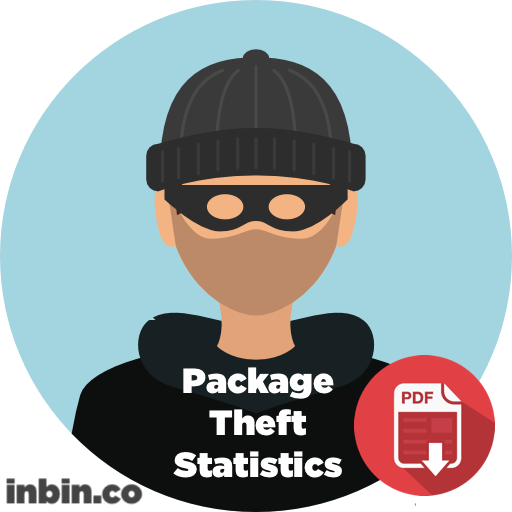